A downloadable game for Windows, macOS, Linux, and Android

A tool for those who dream of fantastic worlds and the creatures that inhabit them.

Compatible with Ironsworn and 5e rulesets.
System Agnostic as a companion for any RPG system.

iOS users see this before buying.

An avatar system that lets you fully customize your character's appearance and equipment. Integrated rulesets and character sheets for smooth roleplaying.

Generate characters, cities, settlements and dungeons. Create NPCs with avatars, personality traits, backstories, and ambitions. Locations with maps, inhabitants, and quest hooks. Customize every result and add your own maps.

A bestiary with hundreds of monsters ready to drop in your adventures. An integrated dice roller with all the dice you'll ever need.  A powerful journaling system to record your adventures.

Generate an infinite variety of hexmaps. Select their biome, water level, mountains, and vegetation. Procedurally populate hexmaps with cities, settlements, dungeons, and characters. Edit everything, down to each individual hex.

Supports Ironsworn and 5e. Also comes with a system agnostic mode that lets you use the character customization, procedural content generation, journaling, bestiary and mapping tools with any RPG ruleset. 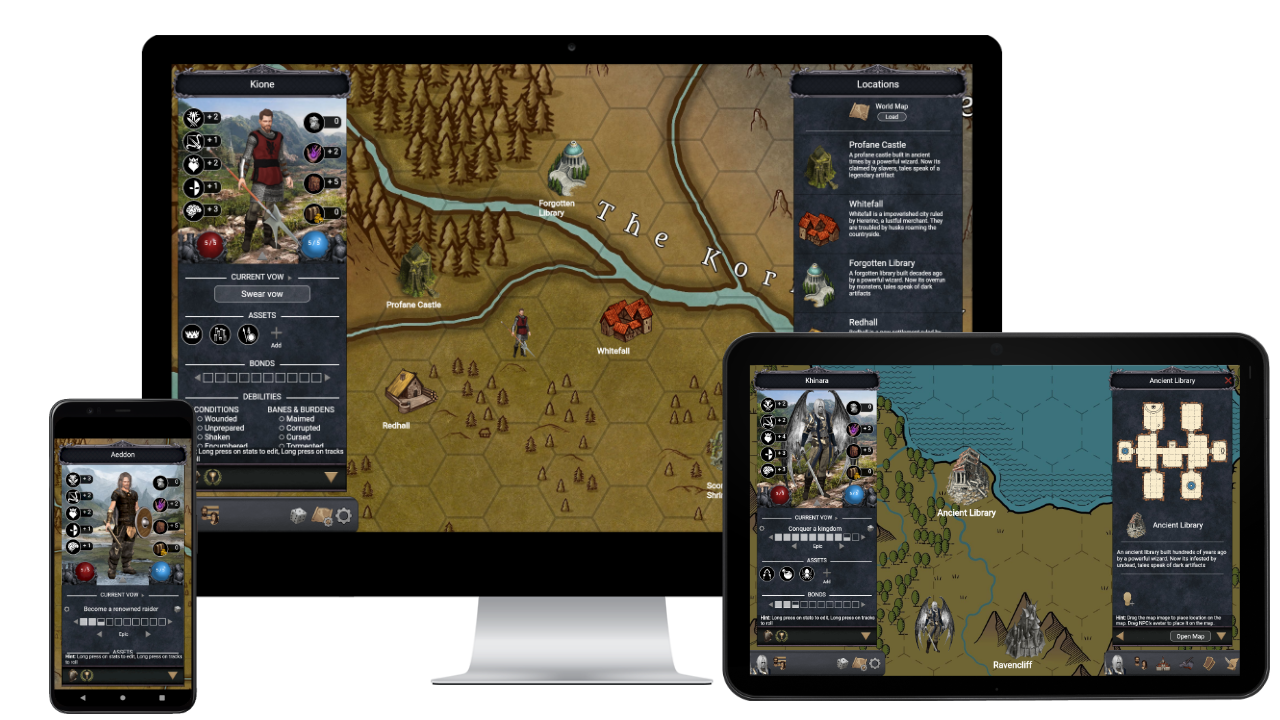 After buying the game go to www.TheAugur.app on any device to launch The Augur, you can play in the browser and from there install it as an app in your computer, phone and tablet. Compatible with Windows, Mac, Linux, Android and iOS.

iOS users see this before buying.

Thanks so much for supporting The Augur and joining me in this journey as we create the ultimate virtual tabletop.

In order to download this game you must purchase it at or above the minimum price of $24.95 USD. You will get access to the following files: